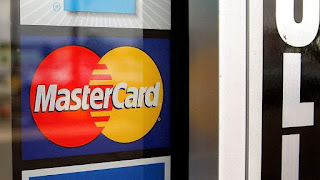 MasterCard is trialing new technology that could allow customers to pay online by taking a selfie rather than entering a password.
The plot will be limited to 500 customers, who will be asked to snap a photograph of their face instead of typing in their own personal code when paying using their smartphone.
The scans stay on the phone and are converted into 1s and 0s and transmitted as digital data over the web.
They are then matched against an image held on file of the card holder.
MasterCard executive Ajay Bhalla said in a CNN Money interview: “We want to identify people for who they are, not what they remember.
“We have too many passwords to remember and this creates extra problems for consumers and businesses.
“The new generation, which is into selfies … I think they’ll find it cool. They’ll embrace it.”
To use the service, customers will have to download the MasterCard smartphone app.
It will also give customers the ability to pay using their fingerprint if their phone has the authentication technology – such as the iPhone 5s and 6.
Burundi Shuts Down Internet Access