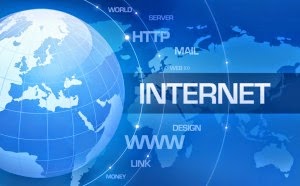 Burundi has had a very tumultuous time saddening the rest of Africa as protesters took to the streets violently to block current President Pierre Nkurunziza from seeking another term in office.
It is against this backdrop that the country has now been cut off from some internet services such as  Viber, Twitter, Facebook and Whatsapp were shut down allegedly by a section of internet service providers because the services were accessible using public Wi-Fi.
Global human rights group AccessNow, a has since  written to United Nations and the African Union experts to ensure freedom of expression amidst the protests.

“Blocking access to the internet, or applications on the internet such as social media, violates the right to freedom of expression by denying the right of persons to seek, receive, and impart information,” the letter read in part.

It added that, “Shutdowns frequently occur during periods of civil unrest, directly impacting the right to association. As a result, shutdowns often precede and enable egregious human rights violations because journalists and witnesses are unable to effectively report on repressive actions by state and non-state actors.”
A leading station in the country , Africa Public Radio that was suspected of fuelling the protests has also been shut down . The radio had been continuously and extensively covering the protests and this did not go well with security forces.
AccessNow has confirmed the shutdown was in conjction  with the telecoms and ISP companies in the country.
“Shutdowns, sometimes called ‘network interference,’ often entail the blocking or throttling of internet access, SMS, and telephone call traffic. They are carried out by telecommunications companies in response to government demands,” wrote AccessNow.
Microsoft Edge: The New Browser Replacing Internet Explorer.